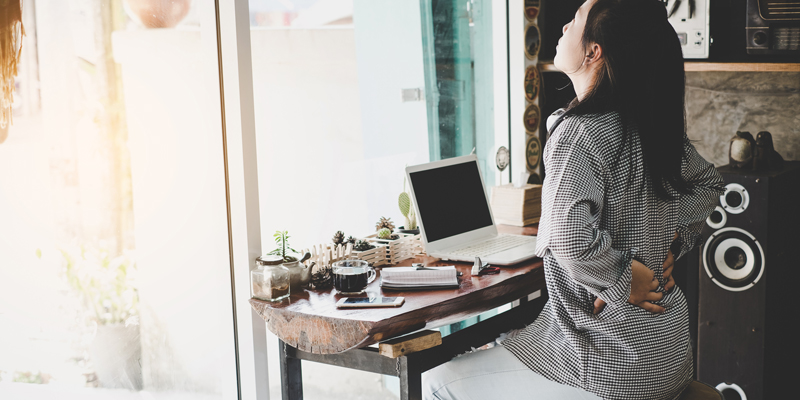 What is a herniated disc?

To put it simply, a disc is like a jelly donut.

A disk begins to herniate when its jelly-like nucleus pushes against its outer ring due to wear and tear or a sudden injury.

When the thick outer layer of a disc gets weak or injured, it can rupture letting the “jelly” leak out and cause a disc herniation.

It may be hard to pinpoint the cause of a herniated disc. It can be caused by an injury such as a car accident or lifting heavy objects where a sudden movement puts too much pressure on the disc or aging-related wear and tear or disk degeneration.

The most common symptom of a herniated disk is sciatica—a sharp, often shooting pain that extends from the buttocks down the back of one leg. It is caused by pressure on the spinal nerve. Other symptoms include:

Non-surgical treatments are effective in treating the symptoms of herniated disks in most patients. If rest, anti-inflammatory medications, and physical therapy does not relieve the pain, an epidural injection may be recommended.

It is important to give your body time to heal. Slow and controlled physical activity, and not sitting for long periods of time can help minimize symptoms.

Only a small percentage of patients with disk herniations require surgery. Spine surgery is typically recommended only after a period of non-surgical treatment has not relieved painful symptoms.

If you think you or your loved one is dealing with a severe herniated disk or the pain just will not go away, request an appointment through our online form or call the office to schedule an appointment today.